The Why Of "Off World"

Off World Enterprise is a marketing firm to support entrepreneurs.  I've found a lot of people have varying impressions of the word, ranging from tech giant to unemployed wannabe.  The word in fact comes from the French word for "undertake," and signifies a person undertaking a particular enterprise and assuming significant risk to do so.  My definition of entrepreneur is "Brave as hell."

Entrepreneurs aren't just business owners - they are filmmakers, designers, politicians, community organizers, engineers, investors, philanthropists and more.  An entrepreneur is anyone willing to put the work and risk in to bring their ideas for a better world to life.  To me, there is no greater purpose on Earth, and it is my honor to work with so many entrepreneurs and see their Visions become Reality.

I am often asked how Off World Enterprise got its name.  It's a reference to the film Blade Runner, in which a blimp advertises a new life to the people left in a dystopian Los Angeles long after the world has been ravaged by nuclear war (interestingly enough, the film is set in 2019).  The advertisement announces:

"A new life awaits you in the Off World Colonies.  The chance to begin again in a golden land of opportunity and adventure." 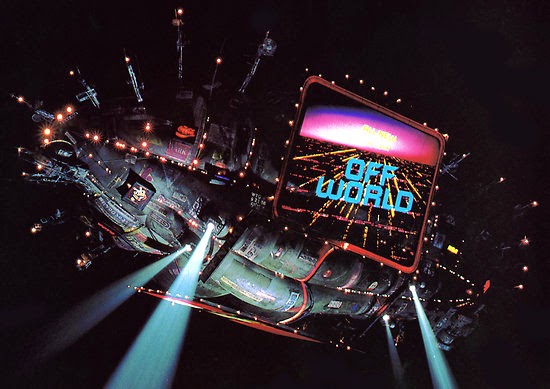 Off World Enterprise was born out of creating new lives, new opportunities and new adventures.  "Off World" signifies a place that isn't here - it's a place unbound by status quo, a place where ideas reign, a place constantly seeking the next level of service and achievement.  A place where entrepreneurship thrives.

So let's go "Off World" and find new opportunity and adventure.  I can't wait to see you there.